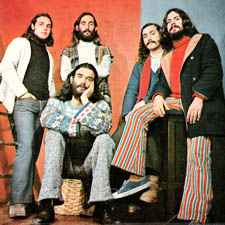 The band took refuge in Argentina after the military dictatorship took over in Chile. In 1977; they headed to France, where they resided for a long time. The first major change in the band occurred in 1988 when Gabriel Parra died in Peru in a car crash. His daughter Juanita took his place behind the drums.