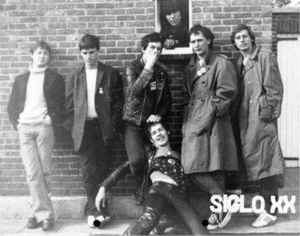 Profile:
Coldwave/gothic rock band from Genk, Belgium active between 1978 and 1991. The group's name in Spanish means "twentieth century". It can both be pronounced as Siglo Iks Iks or as Siglo Veinte.