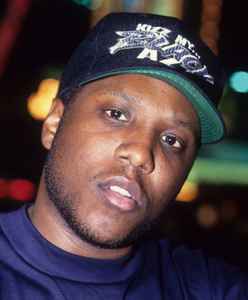 Real Name:
Lorenzo Jerald Patterson
Profile:
Ren grew up in the rough area of east Compton where he began rapping at school parties during the early 80's. Through DJ Train, he was introduced to Eazy-E and soon became a part of the N.W.A. collective. Ren debuted on the group's first single, "8-Ball", in 1987. The following year Ren helped write the tracks for the album Eazy-Duz-It and appeared on "2 Hard Mutha's".

His rhyming ability caught the group's attention and he soon landed a spot as a member of N.W.A. Ren enjoyed great success as N.W.A. sold over five million records from 1988-1991 and became the first gangsta rap group to have an album reach the Billboard #1 spot.

Financial disputes would eventually dissolve the group in 1991-92, however MC Ren stuck with Ruthless Records and put out the six-track E.P. Kizz My Black Azz. Released on the heels of N.W.A's success and the gangsta rap craze, it went gold with help from producer Bobcat, DJ Train, and the single "Final Frontier". Before releasing his debut album, MC Ren converted to the Nation of Islam and expressed his views with a hardcore flavor on the album Shock of the Hour. Sadly the deaths of Eazy-E and DJ Train took a toll on Ren when he released the less successful Villain in Black album in 1996.