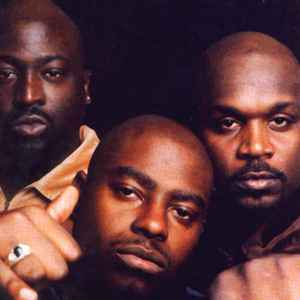 Profile:
Rap group from Pomona, CA. Signed to Eazy-E's Ruthless Records in 1989 through the help of Lay Law. Their first Album Livin' Like Hustlers was selected as one of The Source's 100 Best Rap Albums. With the single "Murder Rap" they made their breakthrough.
For the Tracks "4 The Funk Of It" and "Call It What U Want", the group can be considered as the "true founders" of G-Funk. After the 2nd album Black Mafia Life Go Mack left the group.
They third and last album on Ruthless Records Uncle Sam's Curse is regarded to be one of the best G-Funk albums ever released.
After Eazy-E's death the group switched to Tommy Boy Music and released two albums Time Will Reveal in 1996 and Legends in 1998 on the label.
In 1999 they left Tommy Boy and went independent on their own record label West World Records and released one group album Forever: Rich Thugs, Book One on this way. At the same time they made another short-lived record deal on Suge Knight's Tha Row Records (formerly known as Death Row Records (2)).
In 2004 Cold 187um also known as Big Hutch was indicted for conspiracy to traffic one thousand pounds of marijuana and put the group in complete silence. After Cold 187um's drop out in 2008 he released his 3rd solo album Fresh Out The Pen, presented by Above The Law. The long awaited 7th group album "Sex, Money And Music" was released in 2009, although the singles were released years before.