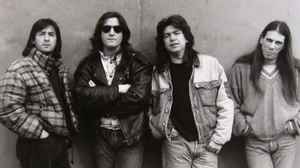 Profile:
Barricada is a rock band from Pamplona, Navarra (Spain) formed in 1982 in the neighborhood of Txantrea disctrict. With 21 albums to date and countless concerts behind them is one of the groups with more years in the Spanish rock scene, they received a Diamond Disc for selling over a million records over their career.