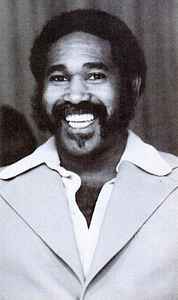 Initially a co-owner of a black nightclub in Los Angeles, Griffey moved into music producing and started Soul Train Recording Co. in a collaborative effort with Don Cornelius. In 1977, Griffey took sole control of their fledgling record company and renamed it Solar with groups as Shalamar, Klymaxx, Lakeside, Midnight Star, Carrie Lucas, Collage (3), Deele, The Dynasty, Sylvers and The Whispers. The label also introduced to the world Babyface, L.A. Reid, Jody Watley and Howard Hewett, among others. According to an article at Highbeam.com, Griffey entered the entertainment business in the mid-sixties when he discovered the key to business operation: “I started thinking how entertainers come and go, but business people are always here.”

He used his talents first as the booking agent for a highly successful nightclub, which he co-owned with former schoolmate and ex-New York Knicks player/coach Dick Barnett, but he quickly branched out into concert promotions under the company name Dick Griffey Productions. Not content with these achievements, Griffey became talent coordinator for the nationally syndicated television dance program Soul Train. “Concerts were becoming routine to me,” he explains. “When you promote a concert you basically do the same thing every time. I was looking for new challenges.” The Soul Train venture was so successful that in 1975 Griffey and the show’s producer, Don Cornelius, went on to form Soul Train Records. Starting with one small act, Griffey carefully nurtured the label and, after an amicable separation from Cornelius, reorganized the company and founded the SOLAR label in 1977. Griffey and Cornelius remained good friends, and as a result, SOLAR maintained close ties to the Soul Train show. In 1975, when Soul Train Records was founded, Griffey formed a collective called Shalamar, who became one of the label’s best selling acts after Cornelius' help of introducing Soul Train dancers Jody Watley, Jeffrey Daniel and Gerald Brown (who was eventually replaced by Howard Hewett) who were recruited to form the new Shalamar. SOLAR’s signature act above all was The Whispers, whose distinct harmonies and carefully-detailed musical and vocal arrangements defined and emphasized the “SOLAR sound”.

UNIDISC, reportedly purchased the SOLAR catalog from EMI in 2009, whom had acquired it from Griffey in 1995...Prior to this, Unidisc was purchasing the catalogs of many classic and defunct dance music labels such as Prelude, Radar, Emergency, Becket, & many others.
Sites:
Wikipedia
Variations:
Viewing All | Dick Griffey
D. Greffey, D. Griffey, D.Griffey, David Griffey, Dick Giffey, Dick Grieffey, Dick Grifley, Griffey, Griffey Dick