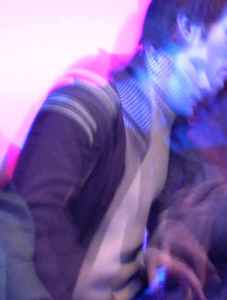 Profile:
Stilluppsteypa is an Icelandic experimental/abstract electronic band, currently based in Reykjavik. Originally founded as a trio in 1992, it exists as a duo since 2002, when one of the founding members Heimir Björgúlfsson left.

Starting off as a punk band with Crass, The Ex and the likes on the mind, Stilluppsteypa soon evolved in a more experimental outfit. All three members of Stilluppsteypa studied sonology at the Koninklijk Conservatorium in Netherlands in 1997. One of the major influences on their style is attributed to The Hafler Trio psychoacoustic/techgnostic research. Band members developed good relationship with Andrew McKenzie, who moved to Iceland in the mid-'90s. In his Wire interview Björgúlfsson admitted, that "Andrew McKenzie is quite responsible for the direction we took, his work had a huge impact on us, and he introduced the work of different artists and labels to us like Nurse With Wound, John Duncan, Organum, Zoviet France, Staalplaat, Touch, etc.".