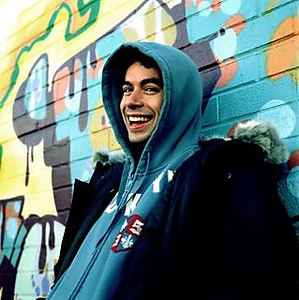 June 18, 2002
Disco D is probably the youngest member of the Detroit Ghetto Tek artists. He spins in a crazy hip hop style that Godgfather, Shortstop, or DJ Assult can deal with. The mixing is quick, but smoother then the others. Getting his start as a young University of Michigan freshman, he is clearly getting better and bigger as time goes on. He had an article done on him in Details magazine in early 2000, started playing dates all over the US, and come up with some amazing releases on his own GTI (Ghetto Tech International) record label.