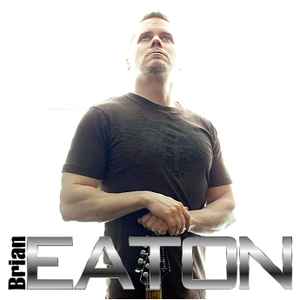 Profile:
After many years of dialing it up for other bands and artists in his studio, Brian Eaton, musician/engineer/producer, has dialed up his debut solo album, Graphic Nature. This is Eaton’s debut full-length rock/pop album, and it is literally a solo record since he wrote, performed and recorded all the instruments and vocals.

Born and raised in Los Angeles, Brian was surrounded by music in his early childhood. If it wasn’t his older brother, Bill, introducing him to rock bands like Cream, Jimi Hendrix, Yes, Deep Purple and Rush, it was his father, who has sung with Motown/jazz drummer Mel Brown's Quartet, exposing him to jazz. “It seemed like my brother was constantly bringing home new music,” Eaton recalls, “he would show me the cover of some new album and say, ‘you’ve got to hear this!’”

When his brother picked up the guitar, Brian, at the age of nine, was persuaded to learn the drums. “It was pure expedience,” Eaton confesses, “my brother needed a drummer to jam with, so he persuaded me to get a drum kit and learn. I remember one time after building a repertoire, my brother and I set up a stage in the living room, invited all our friends over and performed a mini concert complete with homemade pyrotechnics. It was pretty cool.”

At eleven, Eaton moved to Chicago while his brother stayed in L.A. and formed the band Exodus with his friend Gilby Clarke (Guns ‘N Roses guitarist). A year later, Bill moved to Chicago and recruited Brian to play drums for his band. In high school, Eaton started dabbling in keyboards and guitar while drumming for a progressive rock cover band that focused on Rush. The band had the fortunate pleasure of recruiting their classmate and upcoming sound engineer/producer, the late Jeff "Critter" Newell (Ministry, NIN, Guns 'N Roses, Blink 182, Angels & Airwaves...), to occasionally amplify their sound. In college, Eaton majored in music theory and composition while studying jazz piano.

After college, Eaton built his own recording studio and independent label, Eatin’ Records. In 1992, he released his debut solo jazz EP, The Switch, and in ‘94 he released Genocidal World, the debut album by his hard-hitting industrial rock band North. Throughout the 90s and early 2000s, Eaton played in several original bands and recorded scores of local artists in his studio including Dave Uhrich, Frank Catalano, and Usurper to name a few. He earned the reputation as a premier sound engineer and producer who turns demos into commercial recordings. He’s also released 11 bands on his Eatin’ label including T.D. Clark, who toured with Bad Company and Ted Nugent while promoting his debut Eatin’ release, Personalities. Other credits include recording/producing the soundtrack for the Robin Hood Stunt Show (Time Warner Entertainment) at Six Flags theme park St. Louis, and recording/producing five tracks from the original motion picture soundtrack for Carnivore.

In 2008, Eaton remastered and released the previously unreleased North demos as a new single, Murder Of The Minds, which continues to receive industry praise. Of course, Eaton’s latest album is a bit of a departure from his early adventures in music. Graphic Nature reveals a different facet – a rock/pop side distilled from the years of experience as a musician, engineer, producer and label owner. (Full Bio @ BrianEaton.com)
Sites:
brianeaton.com, Facebook, Twitter, YouTube, reverbnation.com, open.spotify.com, SoundCloud, itunes.apple.com, eatinrecords.com
In Groups:
North (18), Sanfilip