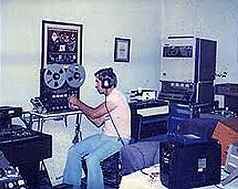 Note that these albums were frequently reissued under different titles, sometimes more than one. The versions issued on Soundbird Records in the '70s are particularly bad about this (SB 75xx and SBD 85xx catalog number series). Odds are particularly good of a retitling if the cover artwork has nekkid folks on it. :)