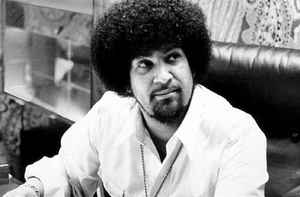 Real Name:
Norman Jesse Whitfield
Profile:
Norman Whitfield (born May 12th, 1940, in Harlem/New York - died September 16th, 2008, in Los Angeles) was an American songwriter and producer, best known for his work with Berry Gordy's Motown label during the 1960s.
He is credited as being one of the creators of the Motown Sound, as well as one of the major instrumental figures in the late-60s sub-genre of psychedelic soul.

Whitfield left Motown in 1973 and created Whitfield Records, garnering chart success with Rose Royce, who started out as Edwin Starr's backing group. He won a Grammy Award in 1976 for his work on the "Car Wash" film soundtrack. He later retired from music in the late '80s.

October 9, 2013
Quite simply one of the kings of music. A genius. Sadly gone but will never be forgotten - rest in peace Norman...

Arguable one of the greatest sound creators and innovators in 70`s Soul and Disco . With his stock of excellent session muscians like Melvin Ragin, better known as Wah Wah Watson, or Aaron Smith and Earl van Dyke, he was capable to make his mark on any of his projects. Whether it was UNDISPUTED TRUTH, THE TEMPTATIONS ,DAVID RUFFIN or ROSE ROYCE.
Whitfields "recycling technique" - recording hits like Superstar or Papa Was A Rollin`Stone and many others - again and again in new versions with different bands, reveals him as one of the first producers using the mix as an instrument of interpretation as we know it today. His way to arrange and produce was unique. His introduction of using the beat box instead of drums not only on tracks like 1990 or Big John Is My Name is so much forward, that one has to look on the record sleeves again to believe when they were recorded. No doubt: "Produced By Norman Whitfield" was one of the best certificates of quality a record could get during this time.