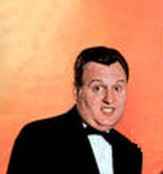 He is known for his work on Saturday Variety (1972), The Engelbert Humperdinck Show (1969) and A Royal Gala Variety Performance (1972). He is also remembered for his double act with Peter Reeves, a voguish duo who played all the top West End venues of the period for several years. He also supplied material to many of the cabaret performers of the sixties and honed pantomime scripts to suit their particular talents. They included Danny La Rue, Ronnie Corbett, Barbara Windsor and Amanda Barrie, all of whom had previously worked with him in West End cabaret. Most of his work following this was in television. He wrote for The Two Ronnies, for Jim Davidson's series The Generation Game and Big Break and worked extensively in the United States for Bob Hope. He was also associate producer of Sunday Night at the London Palladium for several years. He also worked as a lyricist, his two greatest successes being "Love Is Blue" and the Peters & Lee hit "Welcome Home." He wrote a number of other successful songs for the duo and continued to work on various projects until the onset of his illness six months before his death.
Sites:
imdb.com, thestage.co.uk, allmusic.com, imdb.com
Variations:
Viewing All | Bryan Blackburn
B Blackburn, B. Blackburn, B.A. Blackburn, Blackbirn, Blackburg, Blackburn, Blackburn, Bryan Andre, Brian Blackburn