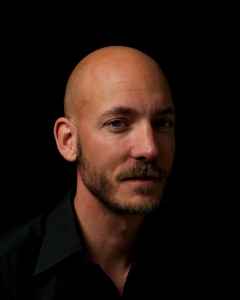 Profile:
Martijn Comes (1979) is a Dutch composer who has a special interest in sound character in various musical traditions, with a special gravity towards electroacoustic composition.

He graduated at the academy for Digital Communications in 2004 with a thesis on live stage performance with the aid of digital media and studied Composition for Film with Jurre Haanstra at the Conservatory of Amsterdam (2010).

Next to performing locally he performed and held workshops all over Europe and beyond: Athens, Madrid, Valencia, London, Paris, USA and Canada, And is the mastering engineer for independent labels and artists including Bedouin Records.

His work for Carillon ‘EANN’ was premiered on the St Bavo Church in Haarlem, and was selected as the opening piece of the prestigious LE GUESS WHO festival, Utrecht in 2017. After this he was commissioned by the Gaudeamus Festival to write ‘MOTHER’, a piece for the Dom church Carillon in Utrecht. 'Radiance, Time' for carillon, tape and electronics is expected to premiere 30/11/2019 as a commission from the Rewire festival.

His work has been broadcasted world wide on local as well as national stations like Radio 3 Spain, Polish and Norwegian National Radio, and RTÉ Ireland. He worked with filmmaker Thomas Mohr his ‘Resonance’ & ‘Learning curve’ films, which both were curated by the LIMA Media Art Platform (former NiMK). ‘Resonance’ was part of the Best Of selection of the Ars Electronica festival in 2010.

He has written critiques for broadcasting network the VPRO (Vrije Geluiden) and he was an avid curator of concerts and host of two national radioshows in the Netherlands, ‘Kraak Helder’ and ‘Inventions for Radio’, both featured on the Concertzender. Both programs focussed on promoting innovative electro-acoustics and
broadcast-art. Collaborations include the New BBC Radiophonic workshop.