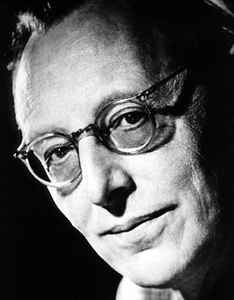 In pedagogical circles he is probably best remembered for his Schulwerk ("School Work"). Originally a set of pieces composed and published for the Güntherschule (which had students ranging from 12 to 22), this title was also used for his books based on radio broadcasts in Bavaria in 1949. These pieces are collectively called Musik für Kinder (Music for Children), and also use the term Schulwerk, and were written in collaboration with his former pupil, composer and educator Gunild Keetman, who actually wrote most of the settings and arrangements in the "Musik für Kinder" ("Music for Children") volumes. Orff's ideas were developed, together with Gunild Keetman, into a very innovative approach to music education for children, known as the "Orff Schulwerk". The music is elemental and combines movement, singing, playing, and improvisation.
Sites:
orff.de, ozm.bayern.de, osdiscography.com, Wikipedia, imdb.com, YouTube
Variations:
Viewing All | Carl Orff
C Orff, C, Orff, C. Orff, C. Orrf, C.Orff, Carl Off, Carl Orf, Carloff, Carol Orff, K. Orf, K. Orff, Karl Orf, Karl Orff, ORFF, Orf, Orff, Orff, Carl, К. Орф, Карл Орф, Карл Орфф, Орф, Орф Карл, オルフ

Classical Composers by Dr.SultanAszazin
Mis Artistas by Blake01492
The List by Scorn1969
Composer's In My Collection by alantrewhitt1
Favorite Artists by Surt
View More Lists →