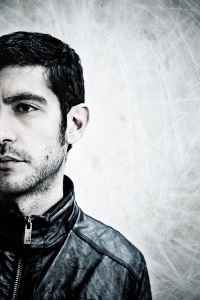 He has started to run his own labels, Mental Disorder,Evidence records,mental re-editions, and Emphatix records, distributed by triple vision and his online shop, where he is going to continue with his style of dark and effective techno. His live acts are original and heavy in the way of Birmingham sound.

October 31, 2015
reeko to me is a master of dark broken beat industrial techno.... i am mostly speaking of his 2003 - 2006 releases, as these are truly the ones i feel a lot. his music is packed full with samples,...dark, mystisk, haunting, factory wise.... sometimes one could say, that it can be seen as techno horror soundtrack to the abyss of the psychic of the mankind,... this by no means should be seen as a negative point or adressed to reeko himself. itz just his talent for making this awesome music... i recommend to listen to his music on good headphones aswell, as you can discover minimal changes in the progress of the songs and noises by doin that. the thoughtz, emotions and especially work (effort) he puts in his music is incredible. really impressed what this mind had created throughout the time... thx Juan!! ... p.s: i def. could imagine playing dark games like "painkiller" while listening to some of his music... just a thought ;)
Reply Notify me 5 Helpful