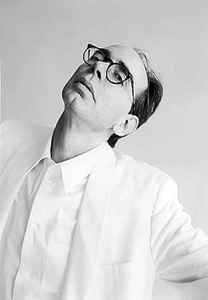 September 15, 2002
Arto Lindsay is a guitarist who started with the no new york band DNA, played with Material, Bill Laswell, Lounge Lizards(?), James White and so on. Had his own band Ambitious Lovers: electronic jazz-hiphop with crazy industrial influences and a melancholic brazilian flavor. his music shows sometimes a kind of "overdoing", but he got calmer in time and maybe better in some viewer's eye.
Reply Notify me Helpful