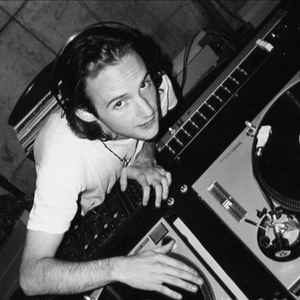 One of electronic music's most visible and talked-about figures, Moby's career comprises many years of work and many musical twists and turns. His career stretches all the way back to early rave and acid-house releases in the late 80s and early 90s as U.H.F. and Voodoo Child, through to his much loved/hated R&B/blues/pop/techno sample cut-ups of today.

His most notable tracks from his early days include "Next Is The E", "Everytime You Touch Me" and "Into The Blue", and the classic "Go", as well as his early albums "Ambient" and "Early Underground". He was managed by Marci Webber.

A brief outing into more rock-oriented territory came with 1996's "Animal Rights", followed by "I Like To Score" in 1997, highlighting his past movie score contributions (most notably a remix of the "James Bond Theme").

In 1999 and 2000, Moby found unprecedented pop success with the album "Play" and the slew of singles and radio tracks that came from it ("Honey", "Run On", "Why Does My Heart Feel So Bad?", "Natural Blues", "Porcelain", "Southside", and more). Among other things, his appearance as a DJ in the foyer of the 2000 MTV Video Music Awards (wearing a gold suit and playing two golden copies of "Play") led many people to decry him as a sellout. Nonetheless, his follow-up album "18" tinkered very little with the "Play" sound and still received a mostly positive reception in 2002.

December 10, 2021
When you said Led Zeppelin, The Doors, Rolling Stones is the equivalent of grandfathers of Rock, well, this man is similar but in the Electronica.
One of the most important figure in the scene of Electronic Musix.
Reply  See 2 replies Notify me 2 Helpful

I saw Moby live in Miami at Ultra Music Festival, back when that festival wasn't sold out, and his set under his tent was epic. He definitely has learned how to play to his crowds over all those years. I always made it a point to pick up his earliest works. His newer stuff, Play and beyond isn't terrible, more poppy and refined for sure, but not nearly as gutsy and raw as his original works. Either way, Moby is definitely in my top 20 DJ's.

May 7, 2019
For me Moby is another famous DJ that sadly became greedy and falls to be a victim of todays money money money era where quality doesn't exist anymore .

His earlier works will always be great and excellent during the late 80's and 90's his best times surely for one of the well known track "Thousand" that was used in Europa ( BeNeLux ) on each football ( soccer ) game . And his other great tune "Go" and it's numerous different mixes .

His last great album for me was "Play" after that he lost it completely . Sure some songs were okay-ish and are still to remember ( for example the Jason Bourne trilogy ) . But to me it doesn't give anything new on the table anymore .

Moby has fallen like many other DJ's that was once famous such as Armin Van Buuren , Paul Oakenfold , Marko V , DJ Tiësto ( even though it's more a brand with many peoples behind the name ) , etc....

June 7, 2018
His stage name Moby, came about because his parents used it as a nickname in reference to his great, great, great uncle whose is famous as the author of the classic book Moby Dick written by Herman Melville.
No matter what anyone writes negatively about this performer/artist he will be considered a pioneer of the house music scene. I had the enormous pleasure (albeit briefly) to speak with him and found him to be intrinsically artistic and humble, with a greater desire to create a harmonious world through the language of music. He spoke to me through his music of the early 1990's as he probably still does to those new fans who listen to his music in 2018. 'Go', 'I Feel It' and 'Move' are my favorites.
Reply Notify me 6 Helpful

February 27, 2018
Met Moby once and it was very telling. He played at a rescue farm for animals in upstate New York (shocker, I know). He played most of the hits as acoustic guitar versions by himself. After the gig, which was OK, I went with a friend backstage to meet him. He was open at first and said hello but quickly changed his tune when I joked that an acoustic version of 'Thousand' would have been difficult to pull off. I meant no disrespect and honestly wanted to share how I'd played his records out for years but he never gave me the chance and immediately turned douchey, was unfriendly, and quite deserves all the negative press he gets for his attitude. Too bad because I really loved some of his early stuff. If I could do it again I think I would have made the same joke. Dude needs to grow a sense of humor.
Reply  See 8 replies Notify me 6 Helpful

The last album i thoroughly enjoyed that came out of this cheat was 'Everything Is wrong'. in fact, i've dug it out from my crate to enjoy my new bought styli and sat down with my tea just like old farts do. from the very first track massive dose of memories and flashbacks, nostalgia and thoughts about how everything is wrong today in the world. the whole back cover is full of moby's facts and essays and quotations of famous men, he writes about how we shouldn't eat animals, pollute earth, go to war, third world countries being squeezed to satisfy the west and what not. small print, lots of facts. everything we eat, wear, drink, breath, use or touch is polluted in one way or another. everything is wrong. and he gets angry. he gets angry because of this consumerist global economy, he 'advocates massive massive change', almost like Jesus Christ himself concludes that 'we need to figure new ways of existing'.
Fast forward 5 years - the guy is already bling bling golden diamond slut on mtv awards like a white version of papa diddy.
everything is wrong indeed.

Moby said Instinct Records released 3 albums without asking him. Which ones was it?
It's very annoying not to know.
Hopefully it was the compilation albums.
"Early Underground", "Rare: The Collected B-Sides" and "Instinct Dance".

August 19, 2010
There are few words to say: he is a genius, with an enormous and unique musical knowledge, for example he is able to play keyboard, bass, guitar and drums! He sing and he is even a dj! His music seems to speak!
Reply Notify me 12 Helpful

Once i liked Moby but until he made the comment on European MTV, he said that he does not feel nothing anymore with the electronic music and thats why he swtiched to being some pop guy. Its sad to see him move into the pop world while he could of made some good electronic tunes with todays technology.