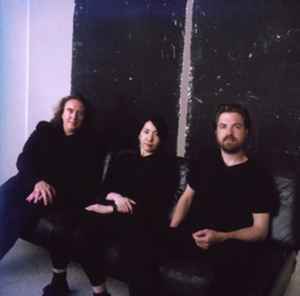 Profile:
Founded by the late Edgar Froese, Tangerine Dream is perhaps the premier exponent of "electronic rock" music of the "Berlin School". From their "free-rock" beginnings in the nascent "krautrock" scene to the eventual synthesizer-based trio which signed to Virgin, this German group can take significant credit in introducing synthesizer- and sequencer-based electronic music to most of the Western rock world. At the height of their success - during the mid to late 1970s - the Dream's spacey, pulsing music earned them a tenacious cult following. By the late Seventies, however, line-ups, and more importantly, the formula changed, tilting towards more conventional "rock" music. By the early 1980s, TD was primarily releasing influential soundtrack work, before settling into New Age content by mid-decade.

Exactly. The last TD album that truly deserves to be listened to is Stratosfear (or I might go as far as Cyclone). Everything after that is self-parodying garbage. They became terminally irrelevant after 1980. A sad thing, but their first 4-5-6 albums are in and out masterpieces. They were a crucial band in the 70's. After that, well...

May 26, 2022
TD lost their visionary when Edgar passed away. They really should call it a day. It's all about money today not creativity. They originally had a psychedelic sound with Chris & Peter while Johannes subsequently contributed much in their evolution. I also appreciated Linda Spa's unique presence. Edgar hated the "New Age" label but that's really what they became in later years.

Disagree with JorgAusfelt changing TD's profile Image,, The Original Tangerine Dream members should be at the forefront.. The pioneers,, especially at their peek in my opinion 1977 - 1985, After Edgar Froese departure TD should be brought to a conclusion, dissolved, unless otherwise Johannes Schmölling & Chris Franke unite. This latest reincarnation is far from the Tangerine Dream we expect, Started to lose interest after Johannes Schmölling left in 85, Since then it's been on a slow spiral downwards, this present line-up.. Tediously boring, monotonous, unimaginative,

May 13, 2022
The Scandinavian leg of their current tour is cancelled "due to the corona virus" all of a sudden, although the gigs haven't been on their site for at least 5-6 weeks...fortunately, I have a ticket for their Amsterdam June 2 show (and I'm on the list for the mini concert at Biancas exhibition there the following day).
Reply Notify me 1 Helpful

January 16, 2022
i guess the new band would have dropped the name had it been edgars wish, but i think within the quantum transistion period, he overseen the continuing atmospheric music tangerine dream is known for passing it on to safe ...and musical gifted hands in thorsten, ulrich and hoshiko. i am geniuely excited by what i hear of the new album..raum
Reply  See 2 replies Notify me 5 Helpful

For me, Tangerine Dream is a melodious, pulsating entity, its creative outpour streaming into this world through the various incarnations of the band. Each lineup was/is attuned to a particular style, shaped by available technology, musical and inner values, the zeitgeist, and their personal chemistry as a group. Compositions which flowed out during a certain epoch are of a different nature from others crafted years later. Inspiration grows and wanes in seasonal cycles, and this is no exception. TD found themselves several times on an orbit far away from their muse. And returned.
True, Edgar Froese was able to impulse and sustain the vision through highs and lows, he believed in it, and for many he embodied the very idea of Tangerine Dream. He is gone, but he passed on the flame to Thorsten Quaeschning, Ulrich Schnauss & Hoshiko Yamane, as it was his wish & will. Their recent 'Quantum Years' output testimonies a renewed & powerful creativity (regardless of whatever tantrums some people throw on their assumption that they know better than Edgar...)
The current lineup is Tangerine Dream for sure, but no longer TD as we knew it or as we expect it to be...
Been a fan since 1976, and believe me, I'm entranced by their new albums. Why? Because they open an ample, vibrant space for imagination, as they always had. Most grateful for that.

December 30, 2020
A shoestring Tangerine Dream, recording a 97-minute track titled “Last Man On Earth” and experimenting with computerized systems for random lyric generation. Even after shifting towards short songs and tunefulness, their first two albums for Virgin – Reproduction and Travelogue – had a geeky science-fiction-fan air that promised “cult group” status at best.
Reply  See 1 reply Notify me Helpful

December 27, 2020
Still the best electronic music band going, never bettered. The Quantum Years are a real return to form, with the band finally selling out venues and their albums receiving the critical success they deserve.
Reply Notify me 2 Helpful

After that it's just bland Muzak.

Yes the post Edgar TD is brilliant in terms of sound but it's not TD. I could write an amazing novel better than anything by Charles Dickens but I would be crazy to publish it under name of Charles Dickens if I am in fact not Charles Dickens...
Reply  See 4 replies Notify me 14 Helpful

Todays Tangerine Dream exists simply to milk a decades long musical legacy in the electronic music biome.
It disgusts me to no end as to why the TD name is even out here making records when the essence of its members are deceased or no longer a functional part of the nucleus. Its like having ice cream without the cream. Really what is the point? Their catalog is vast and brims with genius so let the name live on in legacy or have the common decency to rename the band please, but what ever today's TD is it will NEVER again be Tangerine Dream!