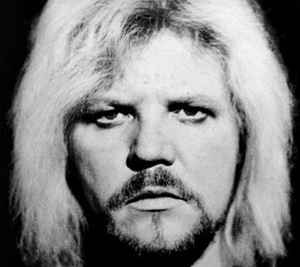 Edgar was a pioneer in art music especially in the "golden" years of the 1970s with the emergence of the synthesizer and sequencer. I like many have a fondness for the first roughly 15 years of his solo/band works all the music he was involved with early on oozed with the spark of creativity. To create such an interesting style of music that was not dependent on the influences of blues, jazz or rock was a daring thing to do. Edgar was being true to form and his solo music is a testament to his desire to push the boundaries and yet make the music somewhat accessible to those of us receptive to it.
He made his indelible mark on music history!

June 19, 2015
A thought to Herr Froese and his family while listening to "Electronic Meditation". Thank you so much for the music and the groundbreaking inspiration. R.I.P.

February 2, 2015
You are already missed by so many. The music lives on and may it inspire many for generations to come. R.I.P. Mr. Edgar Froese and much condolences to your family and friends. Bless you...

January 31, 2015
i am sad to hear of Edgar passing away,his music will always be in my heart.
Macula Transfer and pinnacles are amazing ! and so are the others.
god bless and rest in peace.
best wishes
Gav

January 25, 2015
How sad to hear of the loss of Edgar, One of most influential pioneers of electronic music, you'll be sadly missed Edgar but most definitely never forgotten, your music will stay for ever in our hearts, Pinnacles especially for me, god bless and rest in peace, best wishes Rod,

In memory of one of the most inspirational musicians I've ever heard, Edgar Froese. My first Tangerine Dream record was purchased when I was 14 and almost 20 years later I still draw enormous amounts of inspiration for my own musical output from all the amazing pieces of music I own by Froese and his brilliant project, Tangerine Dream. Very few musicians have had the longevity in success and creative output that Froese experienced. Even if I had to sell all my records tomorrow, I could never part with my TD & Froese albums...as his music has been a part of me since I was a kid.