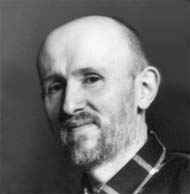 Born in 1950 Dukay began his musical studies at the Music Secondary School of Győr under Ilona Unger (piano) and István Fekete Győr (composition). Between 1969 and 1974 he studied composition at the Ferenc Liszt Academy of Music with Rezső Sugár, receiving his diploma in 1976.

He was member of the New Music Studio from 1970 to 1990 working as composer and performer. He taught solfege and music theory at the Béla Bartók Conservatory from 1974 to 1991, then became a professor at the Department of Musical Theory of the Ferenc Liszt Academy of Music.

He received a Music Fellowship from the Soros Foundation in 1997 and was honoured with the Erkel Prize in 2000. He was awarded the Bartók-Pásztory Award in 2007.
Variations:
Viewing All | Barnabás Dukay
Dukay