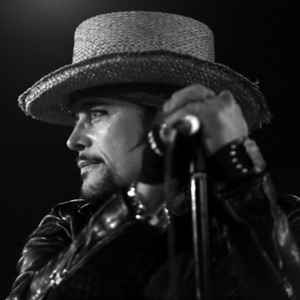 Real Name:
Stuart Leslie Goddard
Profile:
Adam Ant was born on November 3rd, 1954 and comes from the Marylebone area of London. His first involvement with the music industry was when he was at art school in North London playing with a band called Bazooka Joe. After this came a band called The B-Sides.
He gained popularity as the lead singer of post-punk group Adam And The Ants and later as a solo artist, scoring 10 UK top ten hits from 1980 to 1983, including three No. 1s. He has also worked as an actor, appearing in over two dozen films and television episodes from 1985 to 2003.