Down To The Bone 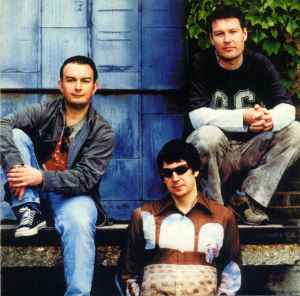 Profile:
Down To The Bone origins begin at the end of 1995, with Stuart Wade as producer, writer and the creative mind behind the project. The project name came about as a result of taking a track "Joy Is Free" from the soul band he was in at the time, Think Twice and remixing it, creating the Down To The Bone remix and from a London club called 'To The Bone', run by DJ’s playing funky grooves. Teaming up with Think Twice keyboard player, Simon Greenaway, they released their 1st 12” "Staten Island Groove." on Internal Bass Records, a label Wade set up with another member of Think Twice, Chris Morgans. The single resulted in rave reviews and lots of club and radio play in the U.K. and was a huge success.
Sites:
downtothebone.com, giantstep.net
Members:
Graham Flowers, Melonie Crosdale, Neil Angilley, Simon Greenaway, Stuart Wade
Variations:
Viewing All | Down To The Bone
DTTB, Daddy Fatt