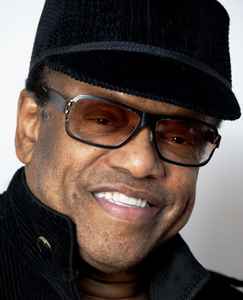 June 29, 2014
I have many memories in my life connected to music, concerts and records. Here's one that I repeatedly have flashbacks to:

It’s 1984 or 85 and I am a teenager living in Hannover, Germany. Reading Blues & Soul magazine, I have heard of Bobby Womack, his legendary reputation from the 60s/70s and his cult status amongst the Soul cognoscenti following his Roads Of Life and The Poet albums, but I haven’t really heard his music. German radio is horrible and accessing good music a chore. I spent just about every free minute and every Deutsch Mark I have in record stores looking for the latest Hip Hop, Electro and Boogie records but always pass on the Womack section.
One day I walk through a car park in the center of town when a woman approaches me and asks me whether I have ever heard of Bobby Womack. I reply that I have heard of him, but wasn’t sure whether I really heard anything by him. She smiles, reaches into a large sports bag, pulls out a copy of The Poet II and gives it to me. I am somewhat startled and ask whether this is some kind of promotion from the record label to which she replies: “No. I just think the world needs to hear this man, so I bought 40 copies of his album to give to people.”
Thank you stranger.
See 1 reply