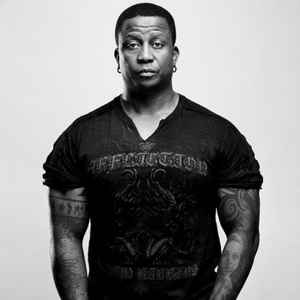 Real Name:
Thato Sikwane
Profile:
Well-known radio personality/DJ/producer who was born in Botswana but is based in South Africa.

In 1997, after various stints as a part-time DJ, new Gauteng station YFM employed him -- where he worked for more than five years. The large and tattooed man eventually moved to 5FM and is now with 94.7, with several gold-status albums under his belt.
Sites:
djfresh.com, Twitter
Aliases:
Thato Sikwane
In Groups:
Fresh & Euphonik
Variations:
Viewing All | DJ Fresh (12)
Fresh

February 18, 2015
Fresh played a big role in my life because he introduced me to house music. The first house cassette I ever owned was Fresh's Flava vol 1 and is still my best album today. I also had Flava vol 2 up to 6. GateCrusher meets Afrika was amazing, Cheeky fellow and Funu were my favourite tracks. I also loved some of the tracks on the AM:PM compilations like Back to Basics, Cant Let Go, Neke's Theme, Million Ways. Definition of House collection was not bad but I think there were too much commercial and electro than the classic, souful and deep house tracks that he is known for. Fresh goes Electro was a disappointment to his fan base especially those that have been following him since his first album. I'm happy that Fresh released Fresh Flava 7 which proved to many house heads including myself, that he hasn't lost his touch. Among other South Africa's most respected Djs, Fresh is still a heavy weight in house music.
Reply  See 1 reply Notify me Helpful

Fresh has been in the game for a long time, and as he says, his sound has evolved...

I remember the first time and may others listening to Fresh House Flava 4 and getting hooked on it, and house music as a whole.

that was a long, long while ago, and a lot has changed since then, including Fresh's sound... Ever since he put out Fresh Goes Electro, things have been going downhill. Maybe he has 'evolved' to fit in with the mainstream, or maybe he's losing his touch: i don't know. I won't go as far as to say he's terrible, for he has a lot of talent, but he's not the same anymore, sadly...

If you ask me, his earlier albums will always be the best. After F.eU, i can't take him seriously anymore.

Your one South Africa's Wackiest DJ's & that aint no JOKE FULL STOP. not one Single Self Produced Album. really and the other wack people here call You SA #1 DJ, plz stop sucking Peel! :o
oh and Your not a Good Radio DJ also..... ;)