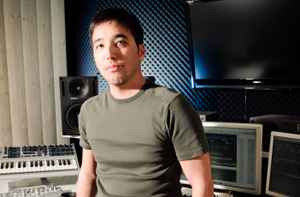 Real Name:
Tomio Tremmel
Profile:
From classical piano to Hip Hop and House Music - Tomio Tremmel’s work as an artist is as versatile as his musical influences. At the age of 14, this native of Heidelberg with Japanese origins first started experimenting with his own musical equipment. After a couple of years in the Heidelberg Hip Hop scene, he discovered his passion for Techno and Downbeat music at house parties and the Frankfurt club “Omen”. Artists such as Yello, Pink Floyd, NWA, Keith Elam, Alice in Chains, The Orb, Future Sound of London and Orbital were some of his major musical influences.
In 1998, Tomio Tremmel released his first album “Sushidelic” under the name of The Sushi Club on the Frankfurt record label Electrolux. His second record “Neo Sashimi” came out in 2001, showing significantly stronger electronic influences. The more melodic work “Sakura”, partly produced in collaboration with Japanese producer Toby Izui and singer Kaori Kaneko, completed the Sushi Club trilogy in 2003.
Besides musical and visual contributions to German TV shows such as Spacenight and Flowmotion, consisting solely of ambient and lounge music, he also produced the TV show Man vs. Machine with artist Naoki Kenji. The show was the first on German TV to deal with more club-oriented, up-tempo music and video art.
Inspired by a trip to Japan, Tomio Tremmel used video material from his travels to produce a DVD with an impressive Dolby Surround mix. For several years, the music video featured in the TV show Flowmotion.
He spent the following years focussing on his company UPMC and his own record label 4MPO. Always searching for new challenges, he extended his skills in music- and video-production to 3D-animations and screen-design. In addition to further productions for his successful TV shows, he supported other musical acts like Schiller, Xavier Naidoo, Söhne Mannheims, Fett MTV and Sono with his expertise in graphics.
With his business partner Naoki Kenji, he established the music-library Impax-Music, which exclusively archives background music for German and international TV shows.

At the beginning of 2010, Tomio Tremmel decided to shift focus back to his personally most important project and returned to the studio at Unit Production, where he spent one year working on a new album. The outcome of this creative isolation and a return to his musical roots is the latest Sushi Club production “Lunarium”.
The style of this double CD is difficult to define: Deep House influences mix with electro- and trance beats, Spacenight sounds with acoustic instruments, and sample-bites from Japanese movies with digital effects – all morphing into a fascinating tapestry of sound. The end result is a multiple experience of creativity that rejects any attempt to apply conventional labels. With “Lunarium”, Tomio Tremmel has again demonstrated his gift for compositional complexity while staying true to his particular aspiration for the sheer quality of the music.
Sites:
the-sushi-club.de, SoundCloud, Facebook, 4mpo.com, Bandcamp
Aliases:
Tomio Tremmel
Variations:
Viewing All | The Sushi Club
Sushi Club