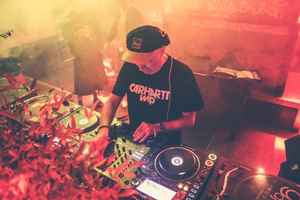 Real Name:
Luca Trevisi
Profile:
Luca LTJ Trevisi (LTJ Xperience) began his dj/producer career in the 80s. As resident dj in two of the most famous Italian clubs of the time, Kinky in Bologna and Cap Creus in Imola, he was one of the first Italian jocks to spin House and to re-propose those black music, jazz and latin-bossa classics from the 70s that at the end of the same decade would have given birth to the Acid Jazz and Rare Groove movements. His first single release in 1988, titled First Job, together with Kekkotronics, was also the first release ever on Bologna based Irma Records. It was featured in a lot of compilations of the time and entered several playlists, rapidly reaching cult status for many UK and US djs. During the early 90s LTJ delivered a couple of singles in a kind of pre-breakbeat style: Dont Stop The Sax, released all over Europe, and Funky Superfly. He also produced US singer Tameka Starrs single Going In Circles, always for Irma Records, still a classic in the downtempo/r&b field. In the second half of the nineties Luca began to produce acid jazz bands like Bossa Nostra, still today one of Irma Records main acts. Their first album had Vicky Anderson as special guest and today is still considered one of the most important European acid jazz albums. In the following years he concentrated on developing his activity as collector and rare vinyl merchant, which gave him the chance to get in touch with djs from all over the World and to discover many forgotten gems from the past years. Thanks to this experience he was able to create two extremely successful rarities series on Irma Records: Groovy and Suono Libero. In the meanwhile LTJ started to dj outside Italy too, performing in important venues like the Blue Note and Jazz Café in London, Giant Step in New York and Montreux Jazz Festival in Switzerland. 1999 saw the release of his first solo album under the LTJ Xperience moniker. The album was produced with the collaboration of fellow Irma artist and producer Ohm Guru and had Taka Boom and Jackson Sloan among the guests. Two of the main tracks on the album are brazil house classic Sombre Guitar and title track Moon Beat, which became a true hit of the Chill Out genre, featured in dozens of important compilations. This new single, Ordinary Guy, followed by a new album in the spring, is the outcome of a meeting between Luca Trevisi and legendary Hispano-American singer Joe Bataan. Mr. Bataan created the term Nuyorican (abbreviation of Newyorker and Puertorican) and the Salsa Soul music style, where the name of seminal 70s label Salsoul, of which he was one of the founders, came from. His most important composition, for connoisseurs of this style, is Ordinary Guy and the track was picked by Gilles Peterson for one of the volumes of his early acid jazz comps Jazz Juice in the 90s. Joe Bataan has re-recorded the song specially for LTJ, with his musicians as backing band on this new, updated, uptempo version. The single was pressed only for the Japanese market and since then the demands been growing. The close official release will probably see it invading dancefloors everywhere.
Aliases:
LTJ, LTJ Edits, LTJ Sound Machine, Luca Trevisi, One Man Edit, The Beatdown Soundmachine
Variations:
Viewing All | LTJ X-Perience
L.T.J Xperience, L.T.J., L.T.J. Exerience, L.T.J. Experience, L.T.J. X-Perience, L.T.J. Xperience, LTJ, LTJ E-xperience, LTJ Experience, LTJ X - Perience, LTJ X-Experience, LTJ XPerience, LTJ Xperience, LTJ-Xperience, Ltj Experience, Lucas Trevisi LTJ Xperience