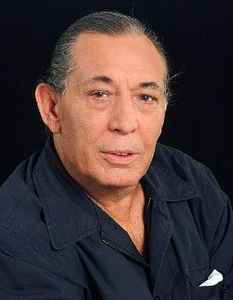 Real Name:
Salvador Távora Triano
Profile:
Theatre director, choreographer, flamenco singer and autor born in 1930 in Sevilla, Andalusia, Spain. In the fifties he dedicated himself to bull fighting but retired on 21/08/1960, when torero Salvador Guardiola, whose group he belonged to, was killed by a bull in the arena. He then went on to found the popular theatre group "El Cuadro". With this ensemble he took a new combination of theatre and flamenco to the stage, following his global vision of Andalusian art and trying to express the social circumstances in Andalusia at the time. His plays and the the songs he wrote for these were more than once threatened by censorship but achieved success with critics and public.
Variations:
Viewing All | Salvador Távora
S. Tavora, S. Távora, Salvador Tavora, Tavora, Távora