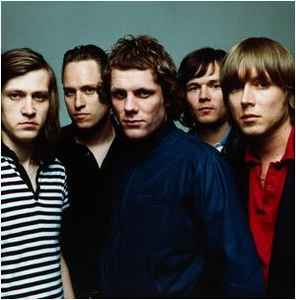 Profile:
King Midas is a Norwegian band, playing a unique mix of art pop, electronica, lounge-jazz, blues and psychedelia. They started in 1994 in Oslo and are currently signed to independent label Fysisk Format, after a stint with several underground labels as well as Universal Music.

King Midas began in 1994. ”Scandinavia” from 1999 gained cult status, but disappeared mysteriously a few years later when their label went bankrupt. With their third album, “Romeo Turn” the music press finally gave them the attention they deserved, but once again the label went bankrupt just when their mix of art pop, electronica, lounge-jazz, blues and psychedelia started to be recognised. For their fourth and fifth albums, “The Jaguars” in 2005 and “Sorry” in 2007, King Midas signed with Universal.