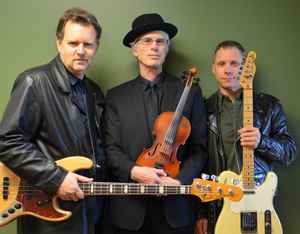 Profile:
Boiled in Lead is a world music band from Minneapolis, Minnesota. They formed in 1983, going through a number of membership changes over the years. They continue to perform today, most notably each Saint Patrick's Day at The Cedar Cultural Center in Minneapolis.

Their first album, Bold Ned (1985) contained primarily traditional music, much of it Celtic, as well as a cover of "Over Under Sideways Down" by The Yardbirds. With the addition of Robin Anders on drums and percussion in 1986 the band's sound changed: their repertoire include a wider variety of traditional music (African, Hungarian, Serbian, Egyptian, Swedish, Macedonian and Turkish) as well as original songs written by band members. The band recognized this on their third album, From The Ladle To The Grave (1989) by having a note on the back saying "File Under: Celtodelic Rock 'n' Reel".
Sites:
boiledinlead.com
Members:
Adam Stemple, David Stenshoel, Dean Magraw, Drew Miller, Jane Dauphin, Joe Kessler, Laura MacKenzie, Marc Anderson, Robin Anders, Todd Menton
Variations:
Viewing All | Boiled In Lead
B.i.L., BIL, BiL