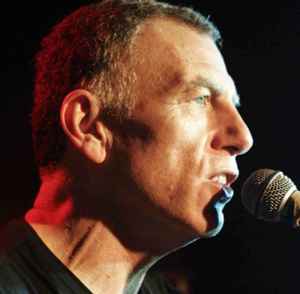 Real Name:
Daniele Michele Antonelli
Profile:
Danny Antonelli was born on the 21st of November in what was once the Free City of Trieste, Italy. His mother was a functionary of the Italian government and his father was an American soldier.
His wanderings began early: He spent three formative years in Zagreb, Yugoslavia, where he attended a French kindergarten, spoke Croatian with the street urchins in his neighborhood, was spoken to in German by his nanny, learned English from his mother's friends and Italian from his mother. This multi-lingual atmosphere gave him a good ear.
At the age of five he moved to Los Angeles, California with his mother, where he spent the remainder of his childhood, attending Beverly Hills Catholic School (Good Shepherd).
Danny attended Palms Junior High, then Beverly Hills High School, where he played on the B football team and on the B baseball team. He also spent his weekends surfing at Malibu and his summers playing Little League and then PONY League baseball.
After a brief stay in Italy, he sailed from Naples to New York and arrived on the day that Nixon took 49 states. He worked as an usher in Philadelphia, as a dishwasher and maintenance man in Baltimore, and eventually made it back to Los Angeles where he earned a B.A. with honors in English at California State University, Northridge.
Just before John Lennon was killed, Danny Antonelli left the United States, by ship once more, but this time from Montreal, and disembarked in Rotterdam. From there he drove down through France, across Spain to Lisbon, Portugal, where he spent two years, wrote Shoot the Albatross (an episodic novel) and ghosted a book for a Syrian businessman. Lisbon was also where he had his first hit record, O Rapaz do Cubo Magico sung by Lara Li (1982).
From Lisbon Danny went, in October of 1982, to Hamburg, where he has lived ever since and had his second hit record La Valle Dell’ Eden sung by Nino de Angelo (1984). He has worked as a professional lyricist for German heavy metal, rock and pop music artists.
Danny also wrote the libretto for a chamber opera entitled diamond way which was performed in Dresden at the Kleine Szene of the Semper Oper and at the Opera Kiel (in the original English-language version) in 1999 and 2000. A comedy CD entitled Reality Check was released in 2003. His book of short stories Another Perfect Murder - and other stories was published in the USA by Asylum Arts in 1991.
He is the presenter of the monthly radio program FREE WHEEL on FSK 93 FM in Hamburg. FREE WHEEL is rebroadcast on a number of other non-commercial radio stations in Germany.
Sites:
dannyantonelli.eu, mustangranch.eu, 99online99.wix.com, dannyantonelli.wordpress.com, vimeo.com, YouTube, archive.org
Aliases:
Skorpio (2)
In Groups:
Mustang Ranch, The Hoffmann Institute of Sound and Music
Variations:
Viewing All | Danny Antonelli
Antonelli, Antonelli, Daniele Michele, C. Antonelli, D Antonelly, D. Antonelli, D. Antonelly, Daniele Antonelli, Daniele Michele Antonelli, Danny