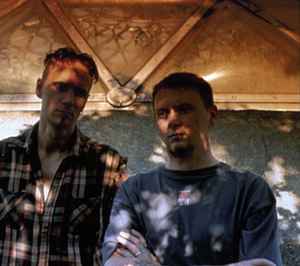 March 6, 2021
During this stay at home period I have been recoring my records to digital. Today is FLA Gashed Senses & Crossfire and Caustic Grip. Wow. I hear the difference now. back when released I was DJing Industrial dance Nights and really never sat down for a listen. I think the review by Dragnilar is spot on. Although I do like Delerium.
Reply Notify me 1 Helpful

December 4, 2020
Anyone know when the boxset is supposed to ship. Preordered it months ago.
Reply  See 4 replies Notify me Helpful

I am unashamed to admit that I am a huge Front Line Assembly fan. In fact, I am going to disclose that Bill Leeb is probably my favorite musician of all time. While there are definitely valid criticisms of his work (formulaic, sample heavy, etc), I personally can look past these flaws and find a body of work that is both consistently enjoyable and eternally mesmerizing.

While other industrial acts have ventured into their own particular directions, the one thing that has been interesting about Front Line Assembly is that Leeb has not been afraid to abruptly change his sound throughout his career. While the general sound has always been solidly EBM/Industrial/Cyber Punk, it has ventured into various directions at one point or another.

The earlier albums (Initial Command through Caustic Grip) are solidly in the more aggressive, minimal budget produced industrial vein, similar to that of a lot of other classic acts. Bill's experience from Skinny Puppy and influences from Front 242, Portion Control and the rest are evident. It was not really until Caustic Grip that the more signature sound of his work began to emerge.

While the whole of Caustic Grip is raw and still very aggressive and has a more minimalistic sound, there are spots where the "layered" approach and more futuristic sound start to emerge. Provision (which is in my opinion the best track on Caustic Grip) shows this as it does an excellent job of mixing in electronics, guitars, a great hook chorus and numerous samples. Needless to say, FLA's real sound was of course not fully realized until easily their next and most important album: Tactical Neural Implant.

TNI is where things changed dramatically and the sound of the band began to take on a heavily layered approach that provides the distinct EBM/Cyber Punk sound that FLA is arguably best known. I can say with all certainty that if anyone is ever going to give FLA a listen, TNI is definitely the spot to start at and based all judgements of the band. The album has their strongest songs, namely their signature ones - Bio Mechanic, The Blade, Gun and of course, Mindphaser. The recording sessions prior to and during the making of TNI also produced a lot of great B-Sides, some such as Target and Reanimate. But in general, all of the work done during the post Caustic Grip and TNI years are definitely some of FLA's best. That isn't to say they haven't produced great stuff since, but every band has its "eureka" moment, and TNI is definitely FLA's.

Moving beyond TNI, the other notable moments are of course:

- Millenium where FLA exhibited a strong industrial metal sound and produced what is probably one of their best starter tracks, Vigilante.

- Hardwired which while not as strong as TNI in terms of being pure Cyberpunk, does a great job of mixing the two styles dabbled in with the TNI and Millenium years and produced another solid set of songs, namely Plasticity (which was sadly not included on the album), Infrared Combat, Circuitry and Neologic Spasm.

- FLAvour of the Weak which is to this day, Leeb's most chaotic and interesting period, when the band ventured into a far more drum and bass / trance sound replete with lots of unpredictable electronics.

- Echogenetic, which after several albums of exhibiting similarities (I.E. Industrial metal, drum and bass), the band began to show signs of experimentation again and began to venture into the more purely electronic territory again along with experimenting with dub step.

- The more recent Wake Up The Coma, which is a mixed package, but is easily one of the strongest offerings in years. It is solidly produced and features some of the bands best work in years, examples being Eye On You, Living A Lie, Mesmerized and Structures.

Needless to say, I could ramble on forever about FLA and Bill Leeb. It would take eons for me to explain why he has enchanted me to this day, but if I had to give you a TLDR - He is the master of creating dark, intriguing, harsh (or at times melodic) electronic music replete with his own interesting voice and a seemingly comforting sound that is easily to get lost in and fill you with a sense of power.

Disclaimer: YMMV, not all may be 100% satisfied with listening to FLA all day. No money back guarantee.

IMHO, despite several years of work with few interesting releases in early 90's, this band followed the tracks of Skinny Puppy and Front 242 but never reaches the same level of his fathers in an effort of trying to merge both. I always felt/thought that even if FLA is a popular Electro-Indus/EBM, I used to listen to them for few years and really enjoyed it. It often gives me the impression that something was missing, what someone calls great inspiration, soul, daring, risk or sincere artistic act; Maybe it's too under control, too hardly post-produced, too "square shaped" to me. And today I'm more convinced of it, as the band seems completely lost in dubstep sound FX or eternal variations of previous stuff. It's pretty sad.