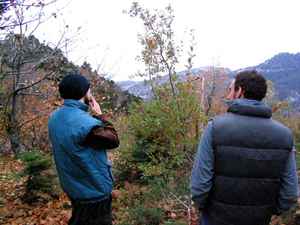 Profile:
Free Piece Of Tape where formed in Athens in 2001. Their music is based on free improvisation as much as in real-time composition. Their audio arsenal is mainly dominated by analog and electroacoustic instruments, some of them constructed by the group itself. Their primary interest lies in exploring the boundaries of real-time audio performance and at the same time articulating a musical language ranging from freeform drone compositions to dense multi-layered cut-ups. Apart from live performances and the occasional CD-R giveaways, FPOT’s activities also involve an affection for the moving image. These activities range from audio-visual performances/installations/workshops to live audio soundtracks for experimental film and dance.