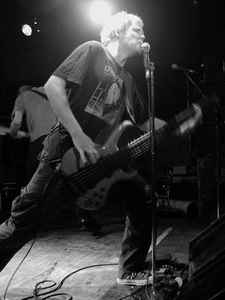 Profile:
The Last Mile was a hardcore crust band from Groningen, Netherlands that formed in April 2000. The band went through a few line up changes during it's existence but was mostly composed of ex-Yphobia members. They played their last show in their practice room 'het Viaduct' with Marat and Iron Cage in November 2006.
Members:
Jaap Olthof, René Beukers