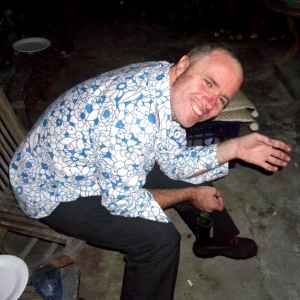 Real Name:
Ian Andrews
Profile:
Ian Andrews, born 1961 (Australia) is a Sydney based independent film, video and sound artist who has been practicing since 1981. Beginning with experimental audio collage, Andrews gradually moved into the production of film and video, and film and video soundtracks, and then to electronic music, digital animation and interactive net art.

Much of Andrews’ work consists of video/sound collage, "cut-up", and agit-prop culture jamming utilising a diverse range of visual styles – from animation to “found” footage. The work is often characterised by themes such as technology and subjectivity. He is also a theorist who writes about aesthetics in current electronic music.