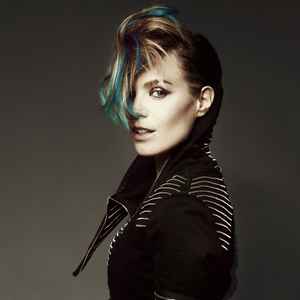 Real Name:
Gala Rizzatto
Profile:
Gala is a New York-based Italian singer-songwriter who is referred to by her fans as a cult dance artist. She is best known for her songs Freed From Desire, Let a Boy Cry, Come Into My Life, Suddenly, Everyone Has Inside and Faraway.

She was born in Milan on 6 september 1972.
Named by her parents after Salvador Dali’s and Paul Eluard’s eccentric muse, Gala left Italy at 17 to attend art school in Boston. In 1993 she moved to New York where she photographed the New York City underground scene of artists and club-goers. In exchange for a photo of a European deejay she recorded her first demo. Written in New York and then mailed overseas on a cassette tape, her first demo of the song “Freed From Desire“ became an international pop classic. It was recorded between Milan and London and was released by Italian independent label Do It Yourself. Her album Come Into My Life was released in 1998, with 4 singles charting in the Top 20 across Europe selling a combined 6 million records worldwide.

In 1996 she was voted Best Female Singer of the Year in Italy by the official monthly magazine Musica e Dischi. In July 1997 she was awarded with the "Italian Dance Award" as the best pop-dance artist of the year. Gala has achieved Platinum recording awards in France and the Benelux and a Gold record in the United Kingdom where she reached number 2 and was 15th best selling single of 1997. The same year she was nominated for the "Best Dance Act" at the "Mobo Awards" in the UK alongside: Prodigy, Chemical Brothers and Orbital.

In July 1997 she won “Best Foreign Artist of the Year” at the Midem in Cannes, France. Between 1995 and 1998 Gala performed on the United Kingdom's BBC Television's Top of the Pops France Television’s Taratata’ Les Années Tubes, M6’s Hit Machine, MTV Germany, as well as performing in venues such as the Bercy Stadium in Paris and the Bulls Arena in Madrid.

In 2005 “Faraway” was released in France by EMI and Greece where it reached #1 on the iTunes chart and #6 in the national Charts. “Faraway” was co-produced by Cash Money Records musician/producer Kevin Rudolf. It was featured in a Bod Man perfume TV ad, aired on MTV, HBO, in the USA and it was covered by Greek Idol winner, Tamta.

In 2005 Gala appeared on Pink TV and on M6 Fan De. In 2006 she performed Mega PANN-Party at the Central Studios in Utrecht and performed on La Tele de Sebastien on France 2. Gala has produced over 5 music videos. The video “I’m the World“ incorporated the video installation, “The Song I Love to” by the Argentinean artist Sebastiano Mauri.

Gala has also worked as a songwriter for classical music with artists like Salvatore Licitra and Marcelo Alvarez (on the album “Duetto”) and Mario Frangoulis. Gala's original Italian lyrics to “Nights in White Satin” by the Moody Blues, is called Notte Di Luce the song was covered by the operatic pop vocal group “Il Divo” for the multi platinum album “Siempre”.
She remains an avid photographer, with many of her photos appearing on her official website.
Sites:
galasound.com, Facebook, plus.google.com, instagram.com, lastfm.com, MySpace, songkick.com, SoundCloud, Twitter, Wikipedia, YouTube
Aliases:
Gala Rizzatto
Variations:
Viewing All | Gala
Gala'

January 11, 2008
Gala Rizzatto is, in my opinion, a Singer with an extremely rare gift... a gift to write profectionately about dificult subjects. making people all around the world, as well as her past and present fans, take notice of her musical talent. Her songs obviously play a role in people's lives... Everyone around the world should take notice of her briliant meterial. This is an artist with an extremely rare and enticeing edge. She has built up a very immense, loyal fan base and people seek solice in her music and accurate songwriting. Everyone should listen to her fantastic hermonies of music...
Reply Notify me 4 Helpful

Voices of House Music by borge_jensen
Favorite Artists by Neo_Chayanne
The best artists of the world! by pamasso1234
View More Lists →