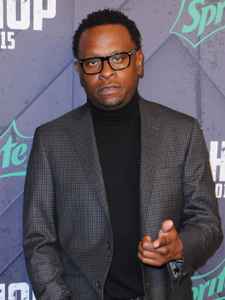 Real Name:
Brad Terrence Jordan
Profile:
Brad Terrence Jordan (born November 9, 1970), better known as Scarface, is an American rapper, music producer and author. He hails from Houston, Texas and is a former member of the Geto Boys. He is originally from South Acres, Crestmont Park neighborhood.

He began his career as DJ Akshen, recording solo for Lil' Troy's Short Stop Records, a local label in Houston. After releasing the 12" single Scarface / Another Head Put To Rest, he would go on to sign with Rap-A-Lot Records and join a group who were collectively known as Geto Boys, replacing one member who left, and released the group's second album Grip It! On That Other Level, a highly successful album that garnered the group a large fanbase, in spite of their violent lyrics keeping them from radio and MTV.

One of the best rapper from the late 80's and 90's and my favorite storytellers above any other rapper in the game.
An absolute Legend.