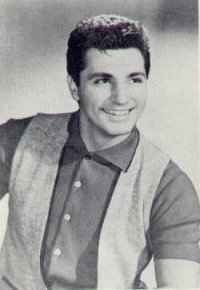 In the early years of rock and roll, Randazzo played with a group called The Three Chuckles and appeared on The Ed Sullivan Show numerous times. Their first hit "Runaround", was a top 20 hit. He co-starred in rock revues staged by the legendary disc jockey Alan Freed, appearing with such artists as Chuck Berry and LaVern Baker. Randazzo also had some starring roles and often performed in such rock films as Hey, Let's Twist, The Girl Can't Help It, Rock, Rock, Rock and Mr. Rock and Roll in the late 1950s and early 1960s.