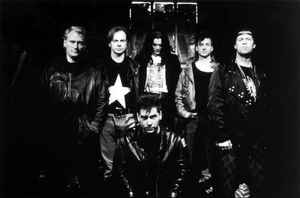 Profile:
Following the troubled recording of Killing Joke's Extremities, Dirt And Various Repressed Emotions, Martin Atkins invited the other members, Geordie Walker and Paul Raven - excluding vocalist Jaz Coleman -, two former KJ members, 'Big' Paul Ferguson and John Bechdel, and Chris Connelly, with whom he'd worked as part of Ministry/Pigface, to join him and record an album for his Invisible label as Murder Inc. While much was made of the fact that the band featured two of the most renowned drummers of the post-punk scene playing together in one band, their output failed to set the world alight.