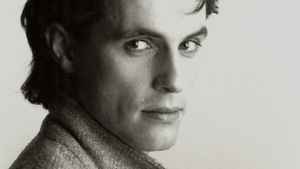 Real Name:
Pierre Michael Schilling
Profile:
German pop singer, born on January 28, 1956.
While numerous new wave artists in the early '80s tried to imitate David Bowie, Peter Schilling went a step further. In 1983, Schilling released "Major Tom (Coming Home)," a synth pop retelling of Bowie's 1969 classic "Space Oddity." It became Schilling's first and only entry in the U.S. charts, a song that eventually stigmatized him as a one-hit wonder in America. Schilling was born in Stuttgart, Germany, on January 28, 1956. As a teen, Schilling couldn't decide on whether to be a soccer player or a singer. He chose music and his debut album, Error in the System, appeared in 1983. The single "Major Tom (Coming Home)" wasn't just popular in the U.S., it was a worldwide smash. The video was played often on MTV, as well, but Schilling was not able to equal its success. In 1989, Schilling collaborated with Enigma's Michael Crétu on the track "Different Story (World of Lust and Crime)," an admirable attempt at updating his sound and trying to return to the American charts. "Major Tom" was given a techno sheen in 1994, and the reworked song was welcomed in the clubs. A year later, Schilling formed the Space Pilots with Catyana Schilling, J. Feifel, and P. Magnet, recording Trip to Orion.
Sites:
peter-schilling.com, Wikipedia, Wikipedia, YouTube, Facebook, instagram.com
Aliases:
Pierre Schilling
Variations:
Viewing All | Peter Schilling
P. Schilling, P.S., P.Schilling, Pete Shilling, Peter Schilin, Peter Schiling, Peter Schillin, Peter Shiling, Peter Shilling, Schilling, Schilling!, Schilling, Peter, ピーター・シリング

August 17, 2022
Does anyone know if there's anywhere a trace on any release to be found of the cancelled 1000 Augen release? In case you don't know: it was planned to be his third album, but his label rejected it thinking it wouldn't sell well enough. The case interests me quite a bit, especially with the lack of proper coverage of this online, mainly on some obscure German NDW forum. If anyone knows anything, please send me a message!