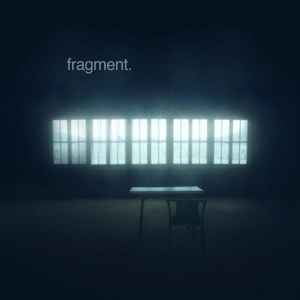 Profile:
fragment. (official capitalization) is a French band set up in Lyon by Thierry Arnal in 2005, became a duet end 2015 with its last album "Nothing Will Ever Be The Same": Thierry Arnal (guitar, vocals, machines) and Pascal Bertier (bass). Split up in 2016.

Since its creation end 2005, fragment. (Thierry ARNAL) has released many EPs, LPs and audiotapes in Italy, Belgium, Japan and Canada. Juxtaposing heavy guitar sounds and weightless vocals in a mix of drone, shoegaze, metal styles, Fragment. has melt its 2 main influences, Godflesh and Low and quickly imposed its name as the best French alternative to Jesu.

After its conspicuous release in 2010 of the «Bittersweet» split CD/LP (Denovali Records) with Iroha - an Andy Swan’s project including Jesu and ex-Final members -, fragment. released «Home» in 2011, a 2 track album lasting 50 minutes, in collaboration with Nicolas Dick from Kill The Thrill.

In the Paris region, at the end of 1994, Thierry Arnal & Pascal Bertier recorded a first album in their home studio in early 1999. The project named "Dogma" and was be available for free download on the group's website in 2001. Thierry settles in Lyon and at the beginning of 2005, he decided to re-record titles "alone" under a new Fragment. project (for him Fragment being only a part of Flex). Two albums and one EP are released, available on Achive.org. These are just drafts of a 4 track EP "Cavity" under the patronym "fragment." Between 2006 and 2009 fragment. sort “Cavity” EP (CDr), “Monolith” LP (CDr), “Towards The Surface” EP (CDr), “Fragment” LP (CDr), “The Game Is Over” EP (CDr) on different labels and sort a compilation in August 2009 in Japan "Is Your Truth Carved In The Sand?" on the label HAPPY PRINCE is the first official release. In relation since 2008 with Craig Pillard (Methadrone, Disma), they released the "Astray" split in England. Craig will invite Thierry to participate in the 3rd Methadrone album "Better Living (through chemistry)" which will be released at Consouling Sounds in Belgium in 2009. In 2010 Andy Swan (Iroha) longtime friend of Justin Broadrick (Godlesh, Final, Jesu) and ex member of Final will propose a collaboration in the form of Split "Bittersweet" and will be released by Denovali Records in Germany on CD and vinyl ". 2010, fragment. attack the writing of the EP "Home" 2 long titles for a duration of 48 minutes which will be released by OPN Records in France, Nicolas Dick of the French group Kill The Thrill will master and record guitars for the occasion of the guitars on "Home".
Sites:
web.archive.org, atypeekmusic.com, Bandcamp
Members:
Thierry Arnal