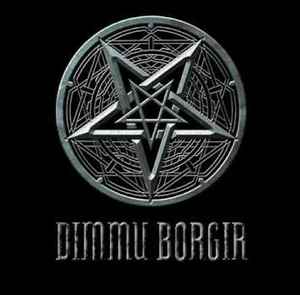 Band took its name from an Icelandic name "Dimmuborgir", which stands for “dark castle/fortress”. It is a type of lava formation near Lake Myvatn in Iceland, and according to local legends, a gateway to Hell/Underworld.

Early on in their career Dimmu Borgir started to push the boundaries of the black metal genre with extensive use of keyboards and by incorporating orchestral/symphonic elements in their music. Since the release of their breakthrough album “Enthrone Darkness Triumphant” in 1997 they have become one of the biggest extreme metal bands worldwide.

After their original drummer Tjodalv left the band in 1999, they have not had permanent drummer. Also, since 2009, when ICS Vortex (Simen Hæstnæs) and Mustis (Øyvind Mustaparta) quit/were fired, the only permanent band members have been Shagrath, Silenoz and Galder, who accompany themselves with session musicians for live and recording purposes.

January 17, 2017
This band is amazing. A great metal band. Im not a weird goth kid so I have no idea what would classify as black metal but this band is amazing. If you enjoy music and great composition then check this band out. Scary on the outside and just as scary when you drop the needle.
Reply Notify me 2 Helpful

December 1, 2009
When you ask most new black metal fans, "What was the band that got you into this genre?", you will most likely get the reply of "Dimmu Borgir". Now, some people who claim to be "true" black metal fans discourage this. However, to them I say go to hell. This band, while not true black metal, is a very, very talented symphonic metal band. And, if you are going to try and dispute that For All Tid was not black metal, you need to seriously go take a better look at that album and compare it to others of the era. (Hell, you can compare that album to Filsofem)

Yes, it is true that Dimmu Borgir's work has strayed from true black metal. In fact, now I would call them extreme metal. Yes, extreme metal is an umbrella term used to group all sub-genres of (all extreme sub-genres that is) of metal together. For example, extreme metal encompasses death metal, black metal, thrash etc... However, with bands like Dimmu Borgir and Cradle of Filth running about, you cannot just stick one genre on them and call it good. Extreme metal, as a genre tag for a band, would say that the band uses elements from all forms of metal to complete a work of musical art. Now, that is how I see this band. Their more recent albums, In Sorte Dioboli and Death Cult Armageddon, show strong hints of symphonic black metal, while at the same time, bringing in a newer form of almost groove metal. You still hear the stereotypical blast beats and double bass, but you also get clear vocals, smooth guitar work, and an overall elegant feel to certain stages of songs.

Once again, some people will say that this is not real metal and this band is just a bunch of Norwegian posers. To each his own. Those people only go off and listen to the most raw, underground crap that they can find. And hey, that's all fine with me. I've listened to many underground and raw bands before. I remember when Black Funeral sounded like crap (some still say they do). To sum it all up, Dimmu Borgir is one of the best extreme metal bands around today. They attract fans from all over the world and they have sold millions of copies of their albums. Some people say that they have commercialized their music too much, but if the band wants to make money, more power to them. If you enjoy bands around the lines of Ensiferum, Immortal, and Cradle of Filth, you will almost definitely enjoy Dimmu Borgir. (Maybe not ALL of their stuff, but you will find at least one enjoyable song...)
Reply  See 1 reply Notify me 21 Helpful