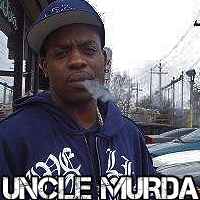 Real Name:
Leonard Carl Grant
Profile:
Leonard Grant is a rapper from Brooklyn, New York. Who is better known for his stage name "Uncle Murda" According to him he has always been called "Murda", the "Uncle" being added by the kids in his neighborhood projects to whom he would generously give money to from time to time.