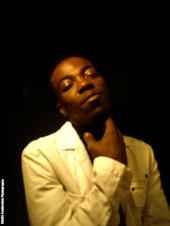 From a young age he began playing objects as instruments, later acquiring a drum kit from his mother, and in grammar school began playing music, helping his band earn titles along with maintaining first chair on multiple instruments, teaching pupils in years above him. Everett gained a perfect score on his exam at Merit the Carl Fischer Music Academy, and aged 17 was awarded a full scholarship to The Berkley School Of Music.

He played his first professional gig at Carnegie Hall, subsequently moving to New York to join Betty Carter, performing and acting as her music director. Working in New York also gave Everett the opportunity to play with Wynton Marsalis in his documentary "Marsalis On Music". He also toured with Buckshot LeFonque; Brandford Marsalis's band, and featured in The New York Times magazine article "The Next Miles Davis May Be On This Page".

Everett later left NYC to study and perfect his composition skills, including playing over 13 instruments proficiently. He arranged studio sessions with a local DJ, where his track "Gabrielle" began, with help of long time band mate Roy Davis Jr., with the track later featured in an [Invalid Artist] production named "Grace". The track propelled Everett's career, gaining interest from several publications including magazines Straight No Chaser, Time Out, and Vibe, and also earning him appearances on [Invalid Label], with DJ Gilles Peterson.

He has subsequently gone on to record many releases, with albums such as "Studio Confession", "Latest Craze", "Kissing Game", "Easy Living", and "Power Soul", with compositions beyond 50 albums worth of material. In 2006, he was given the Red Star Soul "Independent Achiever" award. He also played in tribute concerts honoring the careers of artists Prince and Stevie Wonder, has done TV work including live shows as a guest on Late Night with Carson Day & other TV spots for 09 NBC and WGN, along with radio interviews on many international shows including KCRW's Garth Trinidad et al.

41 albums over a 13 year period, is that for real? Am I missing something?

April 13, 2017
Peven Everett is a fine vocalist. His tracks can relate to the intensity and emotion that he puts in them. His style fuses disco/funk/soul/jazz elements over some smooth and perfect house beats and rhythm! He is personally my favorite male vocalist in the house scene! He is a hugely talented vocalist! He is perfect!!!!!!!