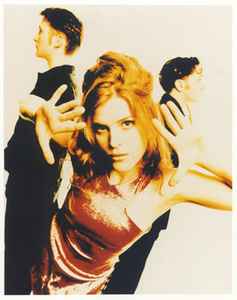 Profile:
Producers Matt Cantor and Andy Gardner apparently met Victoria Newton at a recording studio when the two DJ's arrived early to hear part of Newton's work. Strike was formed there and then and the group began working together, though their early work went largely unnoticed. However, the handbag track 'U Sure Do' (which sampled "Serious" by Donna Allen) brought them into the public eye and eventually made No 4 in the UK Top 40 in 1995. They had a string of follow up hits but none of them had the same success of 'U Sure Do'. Their album 'I Saw The Future' set the scene for Strike's more progressive development, but by this time dance music had evolved and their work remained underground. Newton went on to a solo career in the early 2000's which was much supported by Paul Van Dyk.
Members:
Andy Gardner, Matt Cantor, Victoria Newton
Variations:
Viewing All | Strike
Strike ?, Strikes