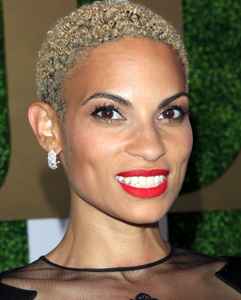 Goapele Mohlabane started singing as a child, and at age 14 she joined the Oakland Youth Chorus. After high school, she decided to pursue music as a professional career and enrolled in the Berkley College of Music in Boston. After that, she worked with San Francisco musicians and artists, then went on to record on both east and west coasts of the United States to record her self-released debut album, Closer.

After this release, she formed Skyblaze Recordings with her brother Namane to oversee her musical career. Her first nationally distributed album, Even Closer, an expanded version of her debut album, was initially released through Hieroglyphics Imperium until Columbia picked her album up for worldwide distribution and signed her to a recording contract. Even Closer was rereleased with extra tracks, and, in 2005, her second album, Change it All was released, focusing on the activism in which she had been involved since she was a child.
Sites:
goapele.com, Twitter, Facebook
Aliases:
Goapele Mohlabane
Variations:
Viewing All | Goapele
Goapelle, 關波蕾