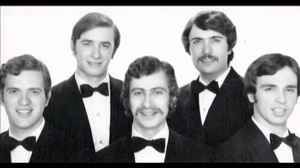 Real Name:
Moğollar
Profile:
Four young Turks from different Anatolian villages met and became friends during the 1960s, discovering in common their taste both for the traditional music of their land and for the new kind of music that Europe called "pop". Their names were Murat Ses, Cahit Berkay, Taner Ongur, and Engin Yorukoglu, all of them skilled musicians playing traditional Turkish instruments, to which they had added guitar, piano and organ by the time they launched themselves as a group in 1967. The Mogol (Mogollar in their own language) immediately leapt to the top place in the Turkish Hit Parade, an honour that had normally been reserved to British and American successes. Their kind of music, based on the exotic folklore heritage of Anatolia, enriched by modern rhythms merged with the impassioned strains of the Turkish national idioms, stimulated the formation of numerous other new groups. Even to the limits of the remotest Turkish villages, Anadolu (Anatolian) "pop" has achieved an immense public following.
Sites:
mogollar.org
Members:
Aziz Azmet, Cahit Berkay, Cem Karaca, Engin Yörükoğlu, Murat Ses, Taner Öngür
Variations:
Viewing All | Moğollar
Ensemble « Les Mogols », Garip Çoban, Les Mogol, Mogol, Mogollar, The Mogol