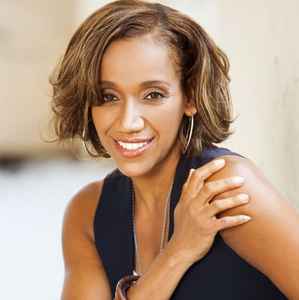 Real Name:
Kathy E. Sledge Lightfoot
Profile:
Kathy Sledge Lightfoot, née Kathy Sledge (born January 6, 1959, Philadelphia, Pennsylvania, USA) is an American singer and songwriter. Together with her sisters Debbie, Joni and Kim formed the group Sister Sledge. She sang lead on Sister Sledge's hits "He's the Greatest Dancer," "We Are Family," "Lost in Music," "Got to Love Somebody," "Reach Your Peak," "All American Girls," "My Guy," and "B.Y.O.B. (Bring Your Own Baby)."

She left the group in 1989 and in 1992, signed with Epic as a solo artist. Her first LP "Heart", featured the singles "Take Me Back to Love Again" and the ballad "All of My Love." The remix of "Take Me Back to Love Again" was a huge dance hit. The album's title track was released as a single and became a dance hit. After she left Epic, Sledge recorded several dance hits on independent and foreign labels (a cover of another song from Stevie Wonder's "Songs In the Key Of Life", "Another Star," and the maxi CD single "Another Day").
Sites:
kathysledge.com, Facebook, Twitter, MySpace, Wikipedia, imdb.com
Aliases:
Kathy Sledge
Variations:
Viewing All | Kathy Sledge Lightfoot
K Lightfoot, K. Lightfoot, K. Sledge Lightfoot, Lightfoot