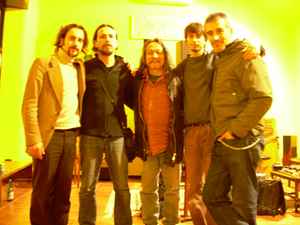 Profile:
Damo returned to music in 1983, and currently leads what is known as Damo Suzuki's Network - as he tours, he performs live improvisational music with various local musicians (so-called "Sound Carriers" ) from around the world, thus building up a 'network' of musicians with whom he collaborates. As far as more recent recorded material is concerned, Damo is featured on Canadian underground hip hop producer Sixtoo's album, Chewing on Glass & Other Miracle Cures (Ninja Tune, 2004).