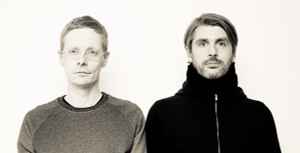 Profile:
This collective of Berlin DJs and producers arose around the Tresor institution, releasing their work on the label and performing at the club. Their first production work appeared on Tresor's Headquarters compilation, alongside other up-and-coming Berlin artists. Later, this mysterious collective — modeled after the equally ambiguous Detroit-based Underground Resistance — released their debut album, Spektrum Weltweit, followed by an album featuring remixes from the album by other artists. Though there has been little press coverage and an attempt by Tresor to construct a veil of secrecy over the group's identity — referring to them in press releases as "a flexible cluster of DJs and producers" — the liner notes of Spektrum Weltweit credits the productions to T. Litschko and H. Vaak. The accompanying music is surprisingly collected and far from harsh. In addition to the mannered arrangements and sounds, the collective also manages to integrate an edge of experimentalism without sacrificing any consistency. Assuming that Sender Berlin continues to produce material on par with their early work, they seem one of Tresor's more promising acts to succeed the label's storied canon of past artists.
Sites:
senderberlin.de, blog.senderberlin.com
Aliases:
Spreepatente
Members:
Hendrik Vaak, Torsten Litschko
Variations:
Viewing All | Sender Berlin
Sender B.

January 15, 2002
well...Sender Berlin is a DJ team of 3 DJs (3!??! i think 3..) well..they do not perform the typical Tresor Sound...its really minimal...but with really ill sounds..if you are really interested in TresorRecordsBerlinStyle (hähähää) you should try it...but dont expect sounds like Jeff Mills.... ;-)
Reply Notify me 3 Helpful