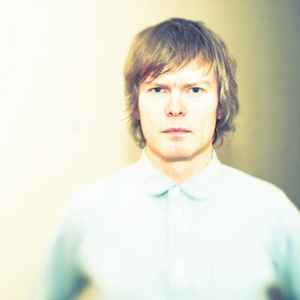 October 10, 2021
in the 00s this mans dj sets were untouchable. He'd loop a segment of jeff mills condor to Malorca or Planet Earth (among many others) whilst teasing in two or three tracks at the same time, true percussive momentum. minimalism as something truly maximal, rhythms within rhythms. As Rob Hood once said as regards his minimal nation release: "This is real trance music. I don't know about that other stuff," the same could be said for Surgeons sets with Ableton at the time. Forget all your prog/tech house huxters showing off the software, this was how to use it to its full potential.
Reply Notify me 1 Helpful

December 19, 2009
I have yet to live and regret buying any Surgeon release. I am a proud owner of roughly 20 Anthony Childs releases (including all of his albums) plus the full series of the British Murder Boys project he was a part of with Karl O'Connor. Basically, on a good day, he can skin approximately 90% of the scene's producers and DJs.
Thing is, not everything I heard with his name stamped on it was pure gold, but a vast majority of his output is very good, to say the least, and he has an abbundance of stone cold classics tucked under his belt. Ever since leaving a deep impact with a string of EPs on Birmingham's legendary Downwards label, Surgeon kept on reinventing techno music, while elaborating and building upon his style. He is a proud owner of two imprints, Dynamic Tension Records and Counterbalance, where he has released mainly his own work, covering the techno spectrum from many corners. The sound of his music is precise, angular, ranging from sharp and percussive, to funky and minimal. Dystopian, eerie and experimental synth work can be found in a lot of his tracks, while sometimes it just sounds so futuristic, as though he was a fortune teller of techno.
Doing just about anything from harsh electronics with disturbing industrial influences, dark ambient, pounding 4x4 techno cuts, challenging synth sequences, it is not in vein that Anthony Child is deemed one of techno's true heroes and champions. His DJ sets just have to be witnessed. He plays just about everything you can imagine: from all possible sorts of techno, through to d'n'b, psychedelic rock, dub and EBM, he is as versatile of a DJ as he is a truely gifted and talented producer. Definitely among my all time favorites, and certainly at the forefront of Europe's electronic music scene. Best of all is that the quality rate of his work has not decreased one single bit during the years. He sounds as fresh today as he did fifteen years ago, and he still refuses to follow everchanging and expandable trends. Way to go!
Reply Notify me 24 Helpful

I still remember the first time I heard about an English youngster called Anthony Child on Mixmag top 100 DJs edition from 1997 and his Surgery abilities as a producer and DJ. The man responsible for a whole new perspective on Techno, bringing together a minimal, rather abstract, with a very accurate (and at the same time ground breaking sense for the percussive) had been largely influenced by projects such as Throbbing Gristle, Coil, Suicide & Faust, but also many other different music styles. As (part of the) result he became a monthly resident of the legendary Tresor Club during 1997-1999.

I had to chance to be on two of his extraordinary repertories, result of what they call (at the same time) his deep musical background and his very strong feeling for the upcoming-futuristic music. This sound education can surely explain a lot about the artist’s optic when he DJs or produces. Sometime ago, during the Circuito Christmas party of 2005, Surgeon had already teached us a lesson of excellency in terms of avant-garde abstract minimal Techno, but nothing compared to what he would do on his second tour in Brazil in february 2007, when Surgeon played in the official ouverture of the new Clash Club acclaimed by the high demanding Brazilian audiences for a Techno set on Friday and a multi-style set on Saturday.

This second repertory is the one that caught every single mind there without warning on a deep musical trip without frontiers; it included amazing Electro timeless pieces such as ‘West Street Mob – Breakdance – Electric Boogie’ (inspired on The Incredible Bongo Band – Apache break beats), as well as Sunnyview essential “Jam On It” by Newcleus, and the fundamental “Al Naafiysh” by Hashim, the landmark of Cutting, among other; the challenging Breaks made also part of Anthony Child’s selection, some of them very complex. Meat Beat Manifesto – “Radio Babylon” that included the essential Jamaican acappella (also present on Ital Rockers – “Ital’s Anthem (Trebledown Bassup Mix)”) - “Rhythim’a full’a cultch’a yaaa!” - mixed with an amazing old school track that sampled the famous Break line from The Winstons – “Amen Brother” responsible for many of the Jungle & Drum n’ Bass classics) was another moment worthy of mentionning; most of all Surgeon knew how to create a ‘story’ by changing the atmosphere and the rhythm constantly, mixing the Jamaican Dub with Electro and Techno, Breaks with House and several other combinations possible. The classical House tunes like Jamie Principle – “Your Love” and “Promised Land” by Joe Smooth were played, as well as the Techno funky influenced such as Orlando Voorn’s ‘Fix – Flash’ that sampled George Clinton’s P-Funk All Stars – “Hydraulic Pump”. For those who knew Anthony Child for his unique albums and Techno sets, it was all surprise, no matter what we thought about his musical formation. An example of how far you can go as long as you like good music.

stardate 2007. In these days where techno has gone the electro / minimal route, surgeon has now come into his own. Without doubt now one of the more important remaining exponents of 'real' techno in the uk. And his recent live shows are something to witness, using ableton live to mix up his new productions with some of the key moments in techno from the past 20 years, mr childs takes no prisoners and always keeps it interesting. Never dropping choons for reaction, his sets are more like 'teachings in techno for the uninitiated'.

I think he has done some innovative techno. I don't think he's real high up on the soul tip, his productions sound the same to me. From the very beginning. Don't understand why he doesn't experiment more with his moods. Or why his records seem to sound similar, maybe in his production technique. i like each release from an artist to change and show a story. He looks clinical when he dj's. I think he is a talent, and i think he can kill it on a good night for sure. I know claude loves his productions so I may not understand. maybe it's the fat 909 all big in front. I want to like surgeon but for some reason, it excapes me.

April 29, 2002
Surgeon is one of the true great talents in techno. While many dance music artists are often inconsistent in regards to quality, you can always count on Surgeon to put out a record that is as good, if not better than his prior releases. Whether you like funky stuff or really hard and chunky stuff, surgeon will have something to please you, garunteed. If you love techno the name "Surgeon" must be in your vocabulary!
Reply Notify me Helpful